Philip the Handsome [There.  I have picked the cool name.  There were two "big" Maximillians:  one from the Holy Roman Empire, who had a son named Philip the Handsome and one from the Mexican Empire who had two sons, Augustin and Salvador.  As much as I would have like to pick Augustin (which is a variant of what I would have been named had I been born a boy) or Salvador (which has such lovely Godfather overtones), I stuck with Philip the Handsome.  Because really, Walter is so much more of a Holy Roman Emperor than a Mexican Emperor, and Davis really deserves a name that ends in "the Handsome."] is safely home from surgery.

Walter took some photos with his phone.  Here's the lovely leg wear all the cool guys are sporting this fall: 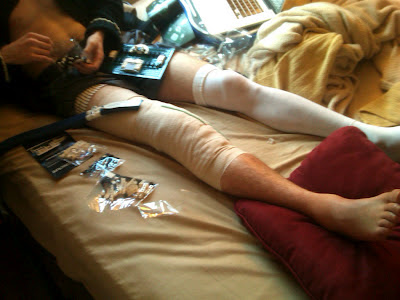 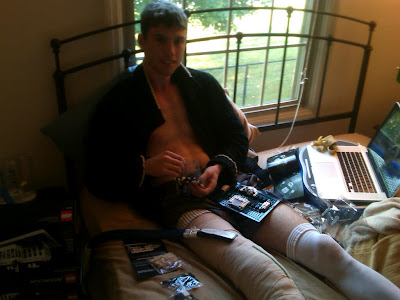 Can you tell from the first two photos what the mainstay of his recovery is, so far?   Legos! 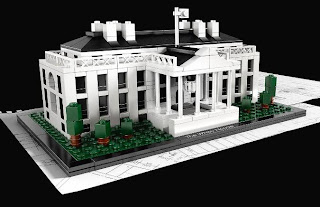