Earlier this summer, I told Walter I wanted to go to Washington DC this week for a buffet of childhood cancer awareness activities and I wanted him to go, too.  I can't say he jumped up and down with joy or rapture.  When he priced our hotel and discovered that it would cost us PLENTY [I'm not even going to write the amount or the range of the amount because I would be embarrassed to the point of mortification to share it] he became even less enthusiastic.   But I reminded him that it coincided with my birthday, so he made the reservations and booked our flight.  He is amazing and the love of my life.


We have done so many things in the short time we've been here it makes my head spin.  I walked up to Capital Hill as soon as we checked in to introduce myself to the new LA for health in Congressman McCaul's office.  His name is Andy Taylor, and he is not the sheriff of Mayberry.  Walter met me at the 46 Mommas Shave for the Brave at Union Station on Wednesday night, and met up with friends from all over the country.

Thursday, my day started around 7:30 a.m. and went on and on until late evening.  The PAC2 workshop was well attended and generated several new project ideas. 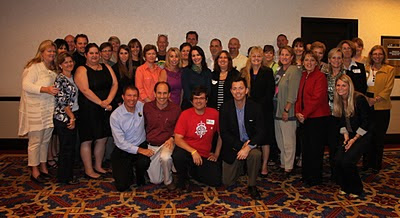 That event swung right into the Congressional childhood cancer caucus reception where we mixed it up with Members, staffers, and advocates.  This morning started with a press conference which led into the Caucus Summit, and ultimately to the introduction of the Creating Hope Act (with bipartisan support) on the floor of the House.  I even went to my Congressman's office to invite him on the bill.  I spent the afternoon working on a couple of initiatives for the local ACCO @ A&M group.


Given how little time we spent in our room at the Marriott Renaissance, it seemed such a shame to pay so much.  That's why I was so surprised and happy when I returned to the room and learned that our bill worked out after all.  We used Marriott points for two of the nights and somehow had a drastically reduced night for the third.  We also have an upgrade to 1st class on the flight home tomorrow.

An internet friend I made after Erin had died was talking about her (the friend's) Irish nature and how it sometimes just kicked in.  I was looking through photos to send her one of Erin to demonstrate that she didn't have to explain, that I understood how that fiery nature sometimes reveals itself.  When I opened the photo album, this was the first shot I saw!  Erin, re-creating Alfalfa. 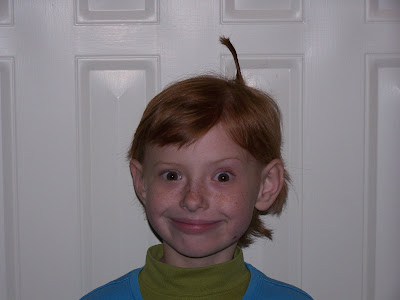 At one point I had something interesting to say about the piece from The Economist that had this graphic:

I've forgotten what it was.

I was also quite pumped about this Seuss-like explanation of the connection between jobs and health care.


But I couldn't think of anything creative to add.

I have also wanted to commend this audio PSA that I was able to help with in a small way this summer.  It is voiced by Tony:

You could also visit the website Kidscancerfight.org.  I am personally responsibly for many of the action verbs in the text on the website (those who have ever let me help you edit something know that I avoid the "to be" when I can, expecially in passive construction).

Mainly, I have had my nose to the grindstone, as illustrated by what happened yesterday.  CCASP (The Carter Creek After School Program) had Erin's Dream Lanyards as their activity yesterday.  I decided to transfer all the beads and supplies up to the church in the morning so I wouldn't be in a rush in the afternoon.  I straightened all sixteen boxes of beads, put the lanyard hooks on a couple of dozen wire starts, AND so I wouldn't have to unload all the soccer gear from the back of my car, talked Walter into letting me use the van for the delivery.  I then loaded all the boxes, trays, and whatnot into the van, hopped in my car, and drove to the church, parking carefully by the loading ramp so I could use a rolling cart and make fewer trips.

I went in to get the room ready, set up the extra tables, and find the cart.  When I returned to get the beads. . .

The van was still at home and my car, loaded with soccer gear, was waiting to be unloaded.

I believe things like this happen when you get so stuck in your usual routines and don't look up to see what's going on.

To change things up a bit, Walter and I are celebrating my birthday in Washington DC next week.  Do you remember how I have been bugging people for a year and a half to get behind The Creating Hope Act.  Congressmen McCaul and Butterfield are introducing it on the floor of the House next Thursday.  Great birthday gift!  And maybe I'll be able to see something besides the grindstone at the end of my nose.
at 5:12 PM 1 comment:

You probably expect something really witty or clever or at least profound today.  Why?  For one, I have gone way longer between posts than usual, and for the other, yesterday kicked off National Childhood Cancer Awareness month, which is obviously something worth writing about.

I think you might just have to keep expecting because I'm not feeling it.


In fact, I have put off posting more than once in the last week because I didn't have a suitable re-entry post after taking a hiatus (word gift for Becky S.).  I finally decided to try the toe-in, foot-in, ankle-in approach, since I didn't have the inspiration for a plunge that would make a splash.  If I do it innocuously enough, maybe you will forget that I was a slacker for approaching 20 days.

Last week, Erin's peeps all started ninth grade.  It didn't really sink in until one day this week.  I was sitting at the traffic light at FM 2818 and Leonard Road waiting to turn left towards home.  It was about school dismissal time, and I was eying each car that past through the intersection, looking for familiar faces.  It surprised me that I didn't recognize anyone, even though most of the cars were clearly coming from Jane Long Middle School.  Then I had the V-8 moment, complete with forehead slap.  My friends (students and parents) were on a different route, coming home from the high school, not Jane Long.  It felt really weird to realize that most (but not all) of my connections to that school were gone, moved on.


I didn't have a huge amount of time to ponder the great river of life, other than to confirm that the flow keeps moving on.  The last two weeks I have done my absolute best to imitate a cricket herder.  Every day I stuffed my crickets into boxes, only to have them promptly jump out.  Eventually, I did get my courses in order so that I wasn't embarrassed on the first day of class.  I survived the hottest soccer tournament I have ever coached (even beat the Austin Labor Day Tournament of 1999).  And, on Tuesday, thanks to so many folks around the country, we launched our Kids Cancer Fight radio PSA campaign (click the link to listen) and the supporting website KidsCancerFight.org.  You can like us on Facebook, too.


This all started last March when an unprecedented number of childhood cancer organizations (national, regional, and local) responded to an invitation by People Against Childhood Cancer (PAC2) to meet and think of ways we could all work together.  This campaign was one way we all agreed to cooperate.  The PSA is running nationwide the whole month.  If you have a childhood cancer organization and would like to participate, drop me a line and I'll see what I can do.

In closing, I will share a little graphic that I found on the internet.  Apparently, if you are not thinking about lanyards, you are not maximizing your brain's potential (isolating your thinking to that small yellow part of your brain).