The end of the semester raises tension and anxiety and also burnishes students' efforts to find relief from said tension and anxiety, and that Mr. Gump, provides further evidence that life is a very varied box of chocolates.  Evidence?

This is a photo I shot this morning.  I found this illustration of the dating life cycle (and associated costs) on white board at the end of the hall on my floor that usually holds accounting help desk info: 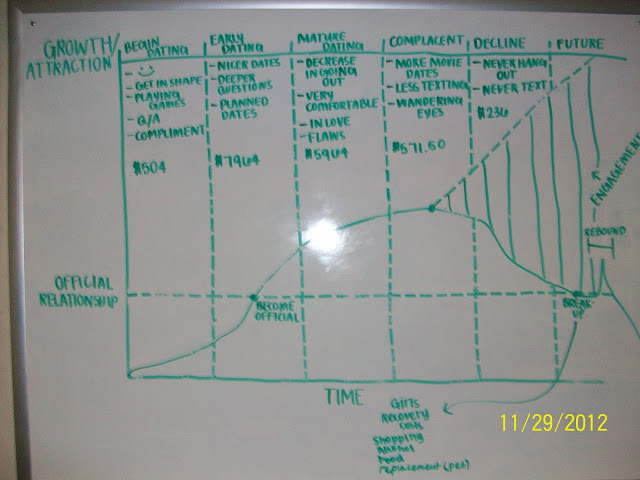 If you think that I am about to write a pre-finals entry reflecting on my students' study habits, you would be wrong.

I haven't had a Hostess product since October 1976.

Therefore, you cannot count me among those who are bemoaning its possible shut down, those who are scouring store shelves and internet sites searching for extra boxes of Ho Hos and Twinkies, or those who are penning lyrics to "The Day the Ding Dong Died."  I hold no animus though.  It's not like I ran out and bought a huge position in Little Debbies six months ago when I noticed that Hostess was not solving the myriad problems that had plagued it into bankruptcy.

Still, everyone else seems to be amped up about the on again, off again closure, so I thought I would tell you a little story and make a suggestion about how Hostess might consider expanding its product line and diversifying to create a more stable brand and higher cash flow.

I had Mrs. Josey for Western Thought as an 11th grader at Alvin High School--no more than a dozen students for that remarkable elective.  We did the totally hip thing of circling our desks when we had those heavy philosophical discussions about justice, truth, and beauty (not that it made the discussions livelier, but we totally grooved the idea that we didn't have to sit in ROWS, and we might accidentally get placed in the circle next to someone awesome).

One Friday, I had a prime seat next to a varsity football player.  His Friday afternoon "Pep" bag was delivered by a perky cheerleader right near the beginning of class.  Remarkably, after scouring through it, he put the peanuts and banana back in the bag and offered the Hostess cupcake around the circle.  Since I was sitting right next to him, I claimed it first.  Use your imagination here:  this was both a Hostess cupcake (the food of the Gods) and a gift from a god. 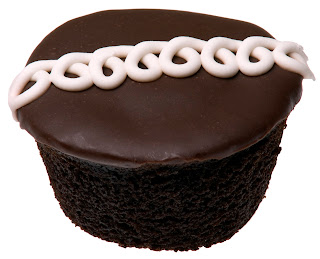 Mrs. Josey told me to save it for after class.  Actually, she said something more like,"Vickie Luquette do NOT EVEN THINK about eating that cupcake in my classroom."

About midway through class, the P.A. system squawked on and Mrs. Josey was summoned to the office.  She left, and I seized the opportunity to open the tarty little cupcake sitting on my desktop that had been winking and flexing at me (metaphorically, of course) for almost half an hour.  The cellophane crinkled at me seductively as I unwrapped it.  Just as I was about to take a bite, the door opened and Mrs. Josey returned, waaaayy before I expected her.

I had no choice but to shove the entire cupcake into my mouth, close my lips over my teeth, and adopt a forced smile.

Do you know what happens when you hold a Hostess cupcake in your mouth for the final eighteen minutes of class?  The first thing is there is no room to maneuver the big wad of sugar and transfats around into a better position so you might have a chance to swallow it.  More importantly, even if you did have room, it wouldn't move, because the icing sticks to the roof of your mouth INFINITELY MORE FIRMLY THAN POLIGRIP. 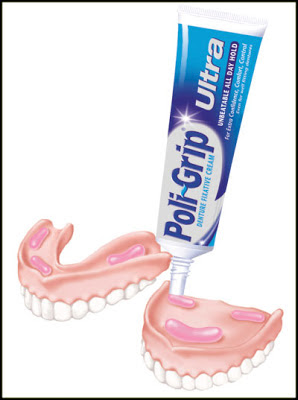 I'm thinking that if Hostess had recognized the adhesive quality to its icing, it could have launched a variety of new product lines over the last thirty or forty years, and its cash flow nightmare would have never emerged. . . despite me never buying or eating a Hostess product again the rest of my life.

I think the last time I mentioned the dogs, I bemoaned the interruption to my usual early morning routine.  Things have improved a bit.

The little stinker got over her back pain in a matter of days and rejoined Wille and me on the adventures around the lake.  I can't actually do anything about the forced leash situation (you know, the one caused by the unspeakable badness that Willie accidentally performed on the first of October, leaving him with a life sentence on the leash with no chance for parole).  If I walk far enough away from civilization, I can give him a short, free run, but no more romping about with his weimaraner girlfriend in the 'hood.

We had a splendid walk on Thursday--brisk temperatures (finally), a clear sky, and best of all the first liberated morning that I didn't wake up with grading hanging over my head in six solid weeks.  We decided on the long route, all the way down Charlotte Lane to the Stasney Ranch fence line.  This itinerary takes us past the Brick House Dogs:  Buster and Boo (two dogs who I suspect have clandestine lives where humans wager on their ability throw down on their buddies and put the smack down on other pooches) and their basset sister, Chloe.

Chloe likes to bark us up, but generally stay on her throne near the garage.  Buster likes Willie and always swaggers out (though now with a significant limp and a few more facial scars than he used to have) to exchange bootie sniffs in the middle of the road.  Boo rushes forward down the driveway, barking until we come into sight, then retreats like Sir Robin when Willie stands his ground and ends under a nearby truck to finish his barkfest.

On Thursday, they all (even Chloe) rushed down the driveway when we approach to do their very best:  sniff, bark, challenge, retreat.  Except.

Except there was a fourth dog.  No Name.  Catahoula/Beagle Mix.  Maybe?  Not a fighter.  Not the beloved princess of the family.

He followed us home.  Another mile.  Down the fence line.  Through the picnic area.  Across the dam.  Around the pond.  Through the wilderness.  Past the neighbors.  Home.

He played with Willie (on the leash and off).  He tried to play with Teddy, who would have none of it.

He sat on the back porch after we went in, shivering from the crisp air or the unfamiliarity or his surroundings or perhaps from the confusion of being truly lost.  After breakfast, Walter used a Milkbone and a leash to befriend then capture Willie's new young friend and walked him home.

We really hope that New Dog will become a lover, not a fighter.
at 9:02 PM No comments:

Some of you complained in the run up to last week's election:  about the ads, about your favorite shows being preempted by the debates, about the robocalls.  Some of you got mad at your friends for their partisan facebook posts.  Since the election, some of you have been smug and happy; others livid and checking the options for moving.  There is a general relief that it is behind us.

Through it all try to remember that you live in America.  We are not promised full-time harmony or delight in all the candidates or outcomes or process.  What we have, however, is a system that allows for power sharing and peaceful transitions as leadership structures change.  If you travel around the world, you'll notice that not everyone lives that way (think coups, bloody rebellions, and oppression).

Here's a story to help you remember that voting--no matter how infuriating a process--is something you should cherish:

On October 22, my sister was riding her bike to work in Dallas.  A car hit her.  The crash broke both her arms.  She doesn't drive and with casted arms, she can't steer her bike.

On election day, she called her county party headquarters to see if she could get a ride to go vote.  She got the voice mail and left a message, but no one called her back.

So she walked the two miles to her polling place.  When she got there she couldn't open the door to get in there.  She waited several minutes and watched several people go in and out before the door finally stayed open long enough for her to slip inside.

She voted.  Then she walked home.

And I'm proud of her.

Nate Silver, what is the probability that God could make a rock so heavy that he couldn't move it?

Answer to Hangman game is, of course, Nate Silver--as he is the answer to all things.

Romney could still win this if too many Dems accidentally write-in "Nate Silver" with little hearts around it.

I wonder if political journalists fretting about Nate Silver feel a bit like factory workers seeing an industrial robot for the first time.

Biden in Ohio. Will speak until polls close. Speech starts in 15 minutes.

I'm not comfortable leaving the fate of our country in Ohio's hands. I mean these are people not smart enough to realize they live in Ohio.

If you waited three hours in line to go see "The Avengers," you can wait 30 minutes to vote.

The rare rush of realizing that in a city of 8 mil (+tourists), I'm in a room filled only with my neighbors.

Estonia gets to vote online. Why can’t America?

Democracy is being allowed to vote for the candidate you dislike least.

America is a country which produces citizens who will cross the ocean to fight for democracy but won’t cross the street to vote.

It's important to remember all the countries that can't democratically elect their own leaders like Syria, and North Korea, and Florida.

Jerry: “My parents didn't want to move to Florida, but they turned sixty and that's the law.”
at 3:30 PM 1 comment: