Uma went on a few days ago.  Her last sounds were little snores.  Walter dug an excellent hole.  Thank goodness for 5.25 inches of rain beforehand, but even with that the digging was pretty stiff work after about foot and a half down.  Our twelve year gag gift finally ended, and in the end, we all had found a place in the family for her (even Willie).  I have already begun musing about what kind of dog will stumble into our lives next.  We claim an eclectic, some would say checkered past:  a German shepherd, a couple of labs (one black one yellow), a rottweiller, a Welsh corgi, a Rhodesian ridgeback, a shih tsu, and one so completely mixed we haven't a clue.  I think if we are going to continue to cover the continents like they are a Risk board, we'll need to look for dingo (an Australian shepherd might be too energetic) or maybe an Argentine Dogo. 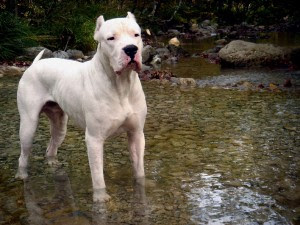 I've bee getting messages about the national day of service coming up either on Saturday or on Martin Luther King Day on Monday.  I think this is a fabulous idea.  There are actually few things in the world that can make you feel better that applying one of your talents or skills to helping someone out.  Do any of my friends have any ideas for service that others might join in?   If you are already booked this weekend, I know you can hang out with me at First Presbyterian Church on February 6 in the evening to help me and lots of others pack 40,000 meals for STOP HUNGER NOW.  No skills or talent required, just a desire to help. 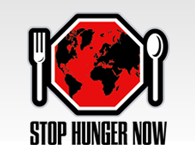 Some of you know Uma Thurman Calvert Buenger.  She's our 13.5  year old Welsh corgi.  She may be the only dog I have ever owned that was bred on purpose and came with papers.  She was bought, paid for, and spoiled by our dear, long time friend Bob Calvert in the months after he was diagnosed with pancreatic cancer.  When he died, his wife thought we might like to have Uma.  It was Bob's last big (HUGE) joke on us. 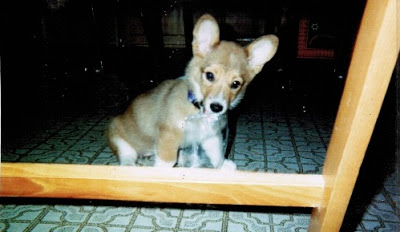 In the dozen plus years that followed, we tried with Uma, but she was never that willing to fit into our family.  She really wanted to be an only dog, not part of a three- or four-dog pack.  I think it is too late to enumerate the many ways she didn't fit in, but they had to do with her pervasive prejudice against anyone having fun.  She combined this general grumpiness with an exceptionally shrill and repetitive bark.  She overate as a matter of course.

For years, she split time with us and my mom next door.  She slept over there and ate over here.  We always hoped she'd burn some calories trotting between the two. 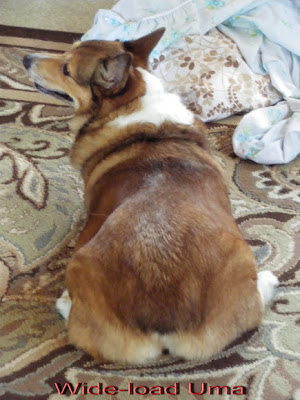 Right before Walter's surgery last May, she went in for her annual exam and came home with orders for hospice care--two terminal diagnoses, congestive heart failure and a hemangiosarcoma near her liver.

Then she proceeded to exceed expectation like she never had before.  As a woman of experience, I knew the signs to look for, but I didn't see them.

This has gone on and on--eight months.  She did retain fluid almost from the start, despite some high quality meds (and 160 milligrams of lasix/day. . . yes, she pees like a fire hose).  A couple of months in, she could no longer manage the stairs up to my mom's house and moved back in with us permanently.  Ultimately, her back legs have failed her, forcing her to drag herself along on her stubby front pegs.  Her vision has mostly faded.  Her hearing has slipped.  Yet even today she remains:

So, in some ways, my world has grown quite small again.  Uma doesn't really like to be alone and will bark to signal that preference.  I have taken to working at the kitchen table so she's quiet and her little accidents are easier to clean up and so she doesn't wander around to other parts of the house looking for me.

I can't really foresee the end.  She hasn't taken to sleeping around the clock.  She hasn't developed a cough.  Her ins and outs roughly match.  She eats every damn thing she's offered and is always on the look out for more.  She remains interested in the household goings on (as much as she ever was).  I keep on looking for a sign that she's ready to move on to the next thing, but she's not signaling.  So, mostly I sit.  At least she can take pride in having taught me one trick.

I could give you the whole rundown of house guests since December 20 (there has been someone here from out of town every one of those more than twelve days of Christmas), the amazing presents given and gotten, the meals that would make you salivate, and the many and spectacular laughs and moments of love we have all shared (including my fantastically high score on the Tina Turner "Rollin' on the River" selection from Wii Just Dance).  Instead, I'm going to tell you about my trip to the Burleson County sod farm.

Actually, it's a turf farm.

Which means there are acres upon acres of stuff you might find on your front lawn, at your football stadium, or at your favorite links.

And no, I wasn't so hard up for some peace and quiet that I drove the more than several miles to get away from the holiday happenings around the house.

The drought has almost dried up the watering tanks at the sod farm--leaving the fish more than marginally exposed.  The usual bird gluttons have shown up in high numbers to take advantage of the easy pickings.  They are a raucous and boisterous crowd, fighting over the spoils of drought.

There are also a pair of adult bald eagles and their extended family living at the sod farm.

They delighted us by moving off their perches in the the far tree line and swooping and gliding over us.  Zooming in.  Fading out.  Circling directly over out heads.  Doing moves that the Blue Angels only dream of.  Showing us why they were chosen as the American bird, despite Benjamin Franklin's considerable lobbying on behalf of the turkey.   In all, the eagle spectacle rivaled the Melbourne New Year's fire works--not as loud and not as colorful, but much more inspiring.

I didn't have a camera, not that my skills could have done them justice.  Here is sort of what they looked like as they perched. 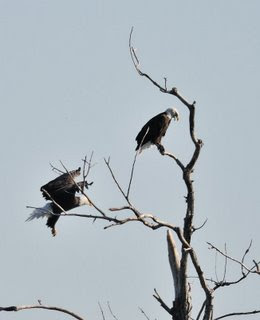 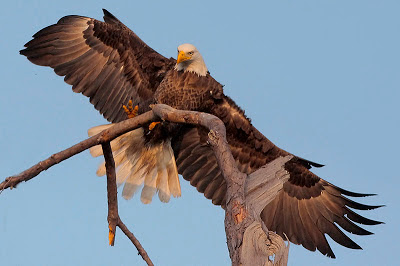 Is spotting a bald eagle the wildlife equivalent of finding a four leaf clover?