I know we have a boatload of things to be thankful for this year.  We are a lot closer to the top of the 99% than the bottom of the 99%.  We have had nothing but routine encounters with the American Healthcare System this year (although I did field a call late one evening from Davis asking how he might tell if his collarbone was broken. . . I described. . . he self-diagnosed that he was sore, but fine).  We have enough more than enough food, and three fine dogs.

The true moment of realization didn't come on Tuesday when my sister arrived to help with Thanksgiving Day preparation (appreciated!) or on Wednesday when I filled the house with the spicy smell of pies and cookies or on Thursday when Davis arrived safely and we shared our meal with about forty folks.  Friday was good, too, but not the day that I realized how thankful I was.

Thanks settled in around us on Saturday morning, and we received the gifts and blessings we needed.  First, we had a gentle, steady rain.  You can't understand what that means unless you have ever been 20 inches behind for the year, staring at a lake in your backyard that looks like the surface of the moon.  Then, each of had our own special thing.  Katherine got to sleep in, without guilt or interruption.  Walter got to putter around in his shed with no real deadline or urgent item in his inbox (he also got to make Davis's plane reservation for his trip home at Christmas!).  My mom settled in with her new beads (donated crystals and lampwork beads from a new friend near Franklin) to do what she does best:  create.  Davis and I fitted ourselves on to the living room sofa in between the dogs, tuned in the Manchester United/Newcastle match, and worked a jigsaw puzzle.

There were no chores hanging over anyone's heads.  No meetings, conference calls, or stacks of papers to grade.  We had leftovers if anyone was hungry.  We had each other.  That did it for me.  Complete. Total. Thankfulness.  Enough for me.
at 3:16 PM 2 comments:

Return (of the Prince)

I am posting this cartoon from PhD Comics last week in honor of the Young Prince who will return to the castle on Thursday for a brief sojourn:

Notice the subtle eyebrow action that reveals the true underlying energy and emotion in each one?  I'm betting he is leaving at least one prof who looks like this behind in Columbus, when he boards the plane.

Walter and I have been galloping through the semester, with me trying to speed things up so that I can survive without drowning (kind of like those water striders that can somehow use microscopic hairs to 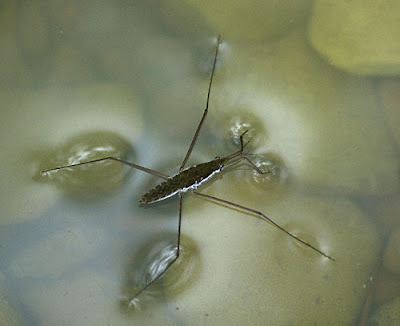 trap air and skate along the surface of ponds, even in stormy situations--did I just imply that I haven't shaved my legs in a very long time?) and Walter trying to slow each day down to prolong his faculty development leave and get more research and writing done before he returns to the classroom in January.

Since I last posted I have finished the big pre-finals grading push, spent some time in Galveston, and helped create some progress on Project Collaborate (though I prefer the much more descriptive and appropriate moniker, Project Coolaborate).

I have avoided decorating for yet another holiday, but I will bake, starting tonight (anything to avoid house cleaning, right?).  We are ducking the big Thanksgiving hosting opportunity this year (always tough without Erin, but perhaps impossible without our beloved Tjoelkers. . . will you even celebrate Thanksgiving in Australia?).  The church is trying a new T-day option for A&M/UT students and church family as a pre-game option, so we will still get the extravagant holiday option, just not at my house.

I wanted to let you all know that I managed to finish A Tale of Two Cities amid all my November madness, and I will have you know that I eventually remembered at least some of the plot.  In fact on about page 364 (of 412 pages), I finally figured out what Sydney Carton was plotting (which made the last line of the book, which I memorized in 1976, make sense).  Unfortunately, I had no recollection of the events of the next-to-last chapter, even while I was reading it.

We are now planning our next M-D (mother/daughter) Reading Club selection.  I'm looking for something in non-Gabriel García Márquez in Latin American literature.  Any suggestions/ideas?
at 4:42 PM 2 comments:

I have another 70 40 15 (but who's counting?) minutes of office hours and two more classes before I rocket out of the microplex on the way to Galveston, Moody Gardens, and the annual meeting of the Texas Art Education Association. 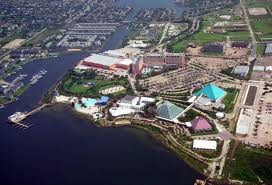 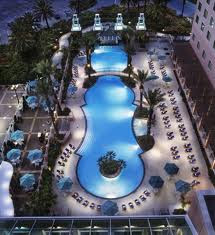 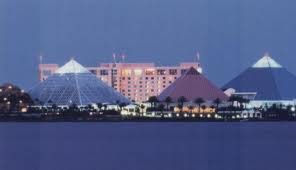 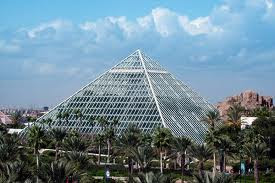 You are right, I am neither an artist nor an art educator, but Erin's Dream Lanyards was chosen as the TAEA's Art and Soul philanthropic project this year, and I am going to show our wares!  This is an enormous honor and adventure!
To demonstrate how nice it will be to stay at Moody Gardens (even if it means driving through Houston during rush hours, even if it means doing booth set up after the exhibitors' reception tonight, even if it means popping up to man the booth by 7:30 tomorrow morning), click here to see my calendar this week and next week.  The blue shaded areas are only the times that I am actually scheduled and do not include task that must be done (such as meal preparation or grading) that I must fit in around the blocked out time.  November is a cruel, cruel month for academics.
For all my lanyard makers:  I know they will adore your creative efforts.  Thank you for helping me make this endeavor work!
at 12:24 PM 4 comments:

My first audio book experience came in the early-to-mid 90s in the form of John Erickson's Hank the Cowdog series.

Davis was mad about Hank!  We bought a bunch of books from Producers Co-op, but given Hank's jinky syntax and his insatiable need to conflate his intelligence by tossing around incredibly long, bastardized words, they were much beyond Davis's reading skills.  Then we discovered the library had them on cassettes, voiced by John Erickson himself.  Davis resurrected Rockin' Robot, his toddler toy: 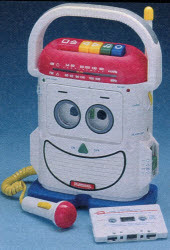 And spent countless hours listening to, singing along with (notice the attached microphone which allowed him to belt out the songs Erickson composed and performed for the audio versions of his books), and laughing about Hank's adventures.  He drove his cousins into submission by following them around when they visited, making them listen to one of the many stories he had collected, including MORE THAN ONCE the tale of the Incredible Priceless Corn Cob.  In addition to the rich dialogue that occurred before, during, and after Hank traded his steak fat scraps for a corn cob to Pete the Barn Cat (including "ou unce!  I an't alk.  I ave a orn ob in y outh!" [translation:  "You dunce!  I have a corn cob in my mouth!"]) , Davis loved to croon "I'm Rich!" and "My Heart Goes Wild For You."


After Hank, Davis moved into Star Wars (first on cassette, later on CD) and the fan fiction that took the adventures of Luke, Princess Leia, and Hans Solo forward.  When he outgrew them, the Buengers shared a disinterest in audio books for a few years.  Jim Dale brought us back to the fold and we spent about seven years listening and re-listening to Harry Potter, with a few side tours down other children's and youth authors and their books.
I never really considered listening to audio books on my own.  I love to read, and I'm pretty good at it.  But I also like to listen to a wide variety of music genres and to geeky, political news.  I have satellite radio in my car, so I'm never really bereft of options.
When I received the latest Patricia Cornwall audio book for my birthday, I couldn't reasonably figure out when I would ever have time to listen to eleven CDs of unabridged mystery and pathology, as experienced through the life (actually just a day or two) of Kay Scarpetta.
Now I wonder why oil companies don't invest in or simply underwrite the entire audio book industry.
Ever since I slipped the first CD into my car player, I have looked for reasons to drive somewhere.  Here comes a true confession:  I had gotten to the start of the tenth CD (and a very pivotal and exciting point in the story) as I arrived for work on Tuesday.  When I got a call during the day that something I had ordered was ready for pick up, I didn't pause a beat to consider that (1) the item was neither urgent or critical; (2) it was the end of the workday--5:15--and traffic would be heavy; or (3) the store was several miles in the exact opposite direction as my home.  Instead, I thought, "Oh good, maybe I'll be in the car long enough to help Kay resolve her mystery!"
I only have a few tracks left on the last CD.  I think I will finish on the drive home in a few minutes, especially if I go by the meat market on the way.  At that point, it will be available for you to borrow!  I'm not saying that Port Mortuary is the best, most compelling, tantalizing book I can name.  I know it probably isn't, BUT having a book read out loud to you while you drive around doing the mundane things in life is a luxury and a delight.  If you have discovered this for yourself, I'd love to trade books with you.