And so, my mother, a life-long reader and lover of books, finally discovered fulfillment beyond motherhood, beyond owning and running a successful business, beyond the satisfaction of rendering accounting figures "in balance."  Her latest life chapter has been working as a college librarian, and I suspect she now knows what she has always known about libraries (as captured by this Joseph Mills' poem):


IF LIBRARIANS WERE HONEST
“…a book indeed sometimes debauched me from my work…”
–Benjamin Franklin
If librarians were honest,
they wouldn’t smile, or act
welcoming. They would say,
You need to be careful. Here
be monsters. They would say,
These rooms house heathens
and heretics, murderers and
maniacs, the deluded, desperate,
and dissolute. They would say,
These books contain knowledge
of death, desire, and decay,
betrayal, blood, and more blood;
each is a Pandora’s box, so why
would you want to open one.
They would post danger
signs warning that contact
might result in mood swings,
severe changes in vision,
and mind-altering effects.
If librarians were honest
they would admit the stacks
can be more seductive and
shocking than porn. After all,
once you’ve seen a few
breasts, vaginas, and penises,
more is simply more,
a comforting banality,
but the shelves of a library
contain sensational novelties,
a scandalous, permissive mingling
of Malcolm X, Marx, Melville,
Merwin, Millay, Milton, Morrison,
and anyone can check them out,
taking them home or to some corner
where they can be debauched
and impregnated with ideas.
If librarians were honest,
they would say, No one
spends time here without being
changed. Maybe you should
go home. While you still can. 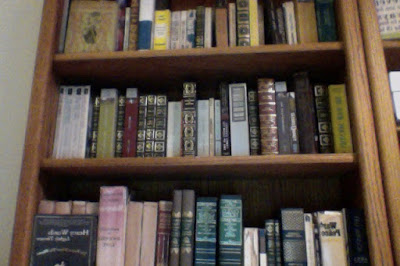